Do you think women should dress modestly?

Have you ever considered that you stating women should dress modestly or cover up etc or she is asking to be assaulted, raped or whatever sexual act may occur, may in fact be a part of your protective mechanism or that it gives you a false sense of safety?

As if, in some way, if she has done something to invite it then it means you will be safe if you choose to be more modest?

When you put the responsibility onto the woman to achieve this false sense of safety however, I believe, it’s actually worse than having no safety.

Dress codes may be meant to protect humans however this is part of what is being taught to us in the way of rape culture. Because it teaches that women’s bodies are inherently sexual and men do not have the ability to control themselves when women dress that way so if you don’t follow the rules then you must be asking for it.

I’ve said it many times but how are men NOT embarrassed to be spoken about as if the mere sight of a woman’s body turns them into rapists?

The pyramid above isn’t a ranking system from least to most harmful. It simply shows how actions can be built on top of other actions.

Consent is everything. In every situation.

It took me a long time to feel comfortable in my body. Most of my life in fact. I covered up because I thought it was my bodies fault for what happened to me. So if I hid it then maybe it wouldn’t happen again.

I now look at my own body with love and respect and I look at other women’s bodies the same. Whether they are nude or fully clothed.

Enough with the rape culture.

Rape culture isn’t just about individual actions or behaviours, it exists within all relationship dynamics.

It is defined as normalizing and rationalizing sexual violence as inevitable and a part of natural behavior (hello boys will be boys comments).

If you are a man who thinks a woman’s body is yours to have because she shows more skin than others you are part of the problem. Especially if you are saying she is inviting unwanted advances and basically asking to be raped.

And if you are a woman who slut shames other women because they share their bodies online or in person you are also part of the problem and I invite you to ask yourself the question asked at the start of this post. Truly consider it. Be honest. If not with the rest of the world then with yourself.

You don’t have to desire to show your body online too, however there is no need to judge another woman’s choices just because you choose differently.

And there is for sure no need to say any person invited sexual assault or rape in any way, shape or form simply because they choose to show some ass on social media.

Changing the world starts with ourselves. Self enquiry is so important.

Next time you find yourself making those comments or thinking those thoughts maybe ask yourself what is under that, what you notice about yourself when you think those things, how it actually feels to be in that place of judgement?

What if the things you thought were wrong, were actually right? 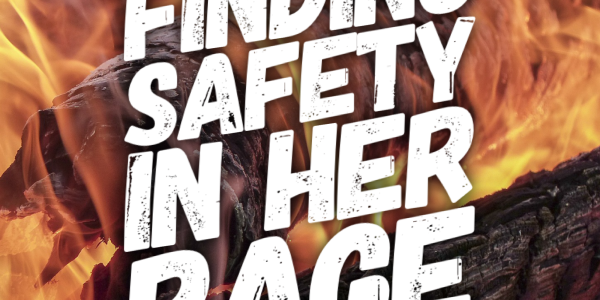 Finding safety in her rage

My insides betrayed me Pt 2

It’s been a bad week