For the people who ask what makes our relationship last

By Strong Without Realising in relationships, Self Development, Uncategorized on July 29, 2022July 29, 2022
No comments

Recently I have been experiencing another death and rebirth of my marriage.

The ever falling away and new things being introduced.

This called for me to stand in a power that I don’t normally stand in because I don’t need to.

It called for my husband to stand back, stand up and step in, in yet another way that he hadn’t experienced too.

And I keep being asked the question “what’s your secret to a long lasting relationship?”

Yet I don’t really have an answer. At least not one single, simple one…

It’s not something you can fit into a simple statement.

There are many things. So I’ll share whatever comes to mind.

• Be who you are right from the start. None of this not eating dessert or dressing up all the time because you don’t want them to see your naked face or think you eat too much.

Fun fact: the first night Rory and I slept together I went into my bathroom and changed into my winter COW pyjamas, right down to the matching socks 🤣 they didn’t stay on for long anyway so sexy lingerie would not have mattered 🤷🏽‍♀️

• Know when your ego is taking control and not allowing you to hear the truth, or admit that you may be wrong.

• Talk. Communicate. About EVERYTHING. Learn how to effectively do this!

• Know what each other desires for your relationship to work. If you want a housewife but complain she isn’t making money you need to reassess what you want for yourself.

• Likewise if you want a successful entrepreneurial woman, the house may not be as spotless as you want if you expect her to do it all.

• On that note: Men you are half the relationship, and that means half the household, so yes you can cook dinner or clean or do whatever needs doing around the house, if that’s what you both agree on.

Or put another way – if it’s something you would have to do if you lived alone then you can do it in a relationship too.

• Know that every relationship is different. So never compare what you have to what someone else has. I almost vomit a little bit every time someone says Rory and I are goals.

And I’ve listened to coaches, well known around the world, speak about secrets they keep from their partner while at the same time coaching others how to be in relationship. So that was another lesson on not pedastooling people let alone relationships.

And as our recent experience shows, the hard times are hard, and we both ended up in snot bubbles as we moved through it, it’s not sunshine and rainbows over here in our relationship all the time.

We simply keep choosing each other during all the shit. And we have had a lot of shit. We have had ourselves telling us to leave, let alone anyone else.

I mean we started with a divorced mum age 24 with 2 kids and a 20 year old guy willing to take them on. Which led to us having a child together and we hadn’t even been together a year. I see so many people my current age speaking into fatherhood and motherhood being these huge initiations yet here we were 2 young people who had done no self development work at all.

Sometimes I think that helped us. We didn’t have all these ideas and people to confuse us so we were able to surrender completely into parenting. (And judging from our children and our relationship with them I think we did ok so far but that’s a different topic)

Add on pancreatic cancer a year after that, then my depression leading to suicide attempts, rape, sexual assault, anxiety, anger issues, family illnesses and deaths, friends illnesses and deaths by suicide, friends going to jail, friends coming out of jail, abortion, egos, accusations, open relationship, cheating, money coming in, money going out, 3 businesses, studying, drugs, alcohol, sexual mismatches, teens growing up and having their own challenges and navigating those relationships. I mean I could go on and on…

Everything that is designed to tear a relationship apart, or could easily tear it apart, we have navigated our way through it. Not always with finesse but never the less we have.

Because every time we come to that breaking point we lay everything on the table and we end up with a new and improved relationship.

We have 15 years of proof that we have made it through every experience that we have to help us continue to choose each other. Which honestly, is a huge part. If you don’t have proof of your partner continuously choosing you I understand why you might decide to leave.

• Never stop dating. Ever. Never stop doing what you did in the beginning to inspire falling in love with each other. This is a non-negotiable.

When Rory and I have rough times we sit down and watch our wedding dvd as it reminds us of why we chose each other. And also we were pretty cute back then. (Best money ever spent if you are getting married! Get a videographer!)

• We had to learn to stop taking things personally. Big time. Just because I may not greet him instantly when he walks through the door does not mean I don’t appreciate that he has been out working for the day. Sometimes I am simply in the middle of something and I will acknowledge him properly when I’m done. Some would say this is not ok. And Rory used to feel unappreciated. But once he realised it wasn’t actually about him, it’s just how I operate, things changed. He realised it wasn’t personal.

• Call a timeout. Rather than get reactive it’s completely ok to call a timeout and say let’s come back in half an hour when we have cooled down. This was a game changer too. I need those moments to cool down if I’m getting over reactive.

• Men – hold the space for your woman to be all of her, in all of her emotion and flow and chaotic needs. Women – your radiance can inspire your men into his frame.

• You are together to compliment each other, not complete each other. Let that idea go.

• Eye gaze. Hug for long periods of time. Have Sunday morning cuddles and ask what could have been better about the week. Also, you don’t need to do this every week. Sometimes when you have a schedule it makes your relationship monotonous. Blurck. Some people recommend scheduling in sex. That idea is gross to me. But maybe it will work for you. For us it’s a big no thank you. We have connection time every day together. It’s not planned, that’s just how our life is thankfully.

• Sometimes you just get to pull over on the side of the road in the outback and have a quickie. (Now that is far better than scheduling in sex!) And if it’s what you want then voice it. Don’t be afraid to ask for what you want. If you don’t ask you definitely will not receive. If the answer is no at least you know you asked.

• Leave the past in the past. And if you can’t do that then move on. Don’t drag it out hoping you will someday forget. You might, but you also might not. So who does it hurt if you are holding on in hope?

• Have separate bank accounts. We have never had a joint bank account other than our mortgage. We each have bills and have done our entire relationship. We don’t even know how much money the other has. If all our bills are paid why would we need to?

Of course, if there was a secret habit in there causing our family hurt and suffering then we would need to know what is going on with the money.

• Get your needs met by more than just your partner. No I’m not saying go have sex with everyone else. If your sexual needs aren’t being met by your partner then that’s a whole other issue. But have people you can offload to other than your partner.

Both of us have male and female friends and no there isn’t jealousy. If there is jealousy that is a sign you don’t feel your relationship is stable or that it is actually yours. And if you have been cheated on previously it makes complete sense you would feel that way. You will need to lean into that before you push someone away who isn’t doing what your last partner did.

• You need to, at least, be reading the same book if you aren’t on the same page when it comes to your relationship. Otherwise it simply will not work. If you want to live the Gypsy life and your partner wants to settle down and have 5 kids and you want none, it’s going to be extremely hard to make it work. That’s why you need to communicate your wants and desires right in the beginning. And continue throughout the relationship as they change. And they may do that often.

• Not every day is going to be romance and seduction. It won’t be every day where your tongues seem to speak in every language as you make out. Some days it’s going to be hellfire and bleeding. Those are the days you get to choose your partner again and again knowing you are both making the same choice.

Rory and I have had days where we have said I just don’t feel like I love you and that’s ok. Some would say that means we should break up right then and there. But when you get to build on what you already have it becomes new ground and new dating again.

We have done that too. We gave it 6 months of dating to get to know each other deeper again when we were in the throes of desiring divorce. And well, I guess it worked since we are still together.

You would think after 15 years together there would be nothing new to learn and we would know everything about each other.

That’s the beauty of choosing each other time and again.

We choose to fall in love with every new version of each other over and over.

Some days are easier than others.

We have total 100% honesty now. It wasn’t always that way. We say hey this thing really hurt me and made me feel this type of way and the other listens.

Also, sometimes we say I need to say something and I don’t want any response please and the other one will either say ok or not right now.

And sometimes we fuck up and get it wrong and hurt the other person, or don’t hear them, and those are our learning moments.

These are some of the things off the top of my head that I could say contribute to our long lasting relationship.

I told you it’s not an easy question to answer.

And this may have been an all over the shop blog to read, but the points are there. So feel free to re-read as much as you would like to.

Tell me – How does all of that make you feel? Does it sound logical or far-fetched? Or do you resonate? 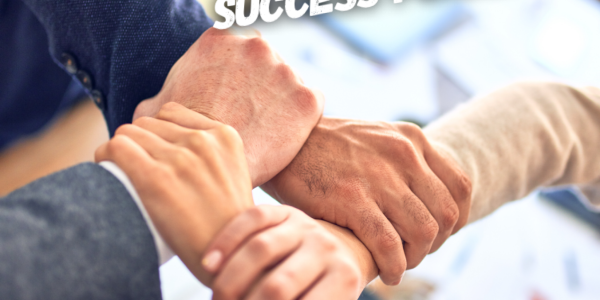 How to have a champions mindset