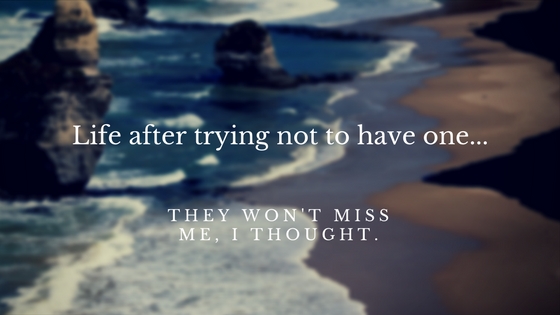 Life after Trying not to have one…

They will be better off, I thought.

I’m not worthy, I thought.

They wont miss me, I thought.

This way they wont have to live with my issues, I thought.

So many thoughts went through my head as I kissed my husband, said I love you and drove off in my car, never planning to return.

I can’t speak for other people who have been suicidal but whenever I hear of someone who has reached the point of no return and has left this earth my instant feeling is hurt and pain and empathy.

I’ve been in those moments of no self-worth and feeling like those you love are truly better off without you.

I drove off thinking that what I was about to do would give those I love around me a better chance at life. Not having to deal with my constant issues and pain from my past. I cut at my wrists, drank down that alcohol and swallowed those pills thinking I would drift off to sleep never to wake again.

But my body rejected my attempt, while I passed out it sent it out of my body with vomit and every day I am thankful. Although at the time I wasn’t. All the guilt and shame I felt devoured my inner being.

I was taken to the hospital because the police who came to get me found my suicide note and couldn’t just let me go home. I’ll never forget the nurse ‘taking care’ of me ( I say it that way because I didn’t really feel taken care of), the way she scrutinized me with a combination of horror and pity and stated “you have 3 kids don’t you, why would you do this?”

I’ll also never forget the fact that even after attempting suicide and trying to leave my husband that when I said to him no don’t go yet, he didn’t. He probably had so much anger at that moment and he still didn’t leave me, even though I had tried to leave him. Not only him but my children as well. He doesn’t know this but I still remember the look on his face when he picked up the plastic bag that had my note in it and read it. I am a horrible person, that was what I thought. And yet, he stayed.

So who can blame him for panicking if I don’t answer my phone occasionally or am not back at the time I said I would be? Who can blame him when I go into my holes of depression and he doesn’t want to let me out of his sight? I sometimes get a bit offended or angry if my husband has a minor panic attack but the last 9 months he hasn’t done that either. I think I may have actually, finally, deleted the past from my present. Maybe not completely, it’s a daily exercise, but compared to two years ago, the point I am at now, is worlds apart.

My last suicide attempt was at the end of 2010. One year after surviving my Pancreatic Cancer. You would think I would have been high on life after that. I’ve been told that its common to experience depression after massive illnesses, with all the changes to your body, it has to relearn how to be functional again. Having been diagnosed with depression since I was 17 I guess you could say it was inevitable. I also was drowning my life issues in drugs at the time. I completely believe that they added to the depression and helped me on that path I was on.

Its 2017 now, and I can honestly say that the last year, at least, has been the best since that fateful night. I say fateful because so many things have come to pass since then, but it was truly that experience that awoke something in my mind and life hasn’t stopped since.

Living after a suicide attempt has been hard, but all I can think is how much harder it would have been had I been successful. Every day I am grateful that I get to see my children grow up, I would have missed so much. I am grateful that I’ve learnt my value and my self-worth, and that what has happened to me does not matter, it is who I have become through it all that does.

I’ve finally found a psychologist I can be completely honest and open with, who has supported me open-heartedly through so many ups and downs in my life, who is there when I need to get back on medication because I am struggling, who supports me when I feel ready to ‘go it alone’ without the medication. Who had a slight panic when I told her I watched 13 Reasons Why and had a meltdown. She said if I had asked her whether to watch it she would have said it’s not a good idea. It’s been about a year since I got off my medication now. I couldn’t be more happy.

The friends that I had in my life at the time of my attempt, I came to realise weren’t really my friends, not if they could treat me the way they did. Maybe they did not understand the mindset that led me to where I ended up. I can’t blame them for that. I was angry at the time that I could walk up to someone who was apparently my friend and they could turn their nose up at me and ignore me as if I was invisible. I was hurt that people said or did the things they did at the time. I did have some friends who didn’t treat me like I was the scum of the earth thankfully. That helped. I mean, I was already berating myself enough, I didn’t need anyone else doing it to me as well. I understand they had a right to feel hurt now too, but in that moment, I already wanted to die, and had tried to die, so those actions only served to make me feel as if my thoughts had been right.

So if you take anything out of this blog post, please let it be that suicidal people need love, not judgment, understanding not criticism, forgiveness not hate. For whatever reason, we are in a state of mind that leads us to believe we don’t matter, that our life doesn’t matter, and that is hard. If you can’t understand then just be there. Know that every day we are fighting, we may have lost the fight that day but it’s not the end. Mental health is in that realm of unexplainable, every person is different, no two cases are the same. Don’t try to fix us, we need to do that ourselves, just be there to listen to us, even if we are silent.

If someone you love has lost the fight, please, amongst all your anger and hurt and pain I pray you find it in your heart to know that they did love you, they did care for you, they just may not have known the way to show you.

And if you are reading this and feeling as though ending your life is the right answer, please take this as your sign that you do matter. Your existence on this planet matters, you are worthy and you will be missed. There is no shame in feeling how you are, please reach out, call a help line if you cannot speak to family or friends. Be honest about how you are feeling, we cannot begin to heal until we are honest with ourselves.

As I write this and the tears flow I wonder what will be in my future? But I’ve realised this time, I understand the answer because I am creating it right now. I’m not a suicide attempt, I’m not the many other mistakes I’ve made throughout my life, and I am most certainly not the things that have happened to me. I am, however, a strong person who has fought and will continue to fight. I’ve been to my depths, the times I thought were rock bottom then life showed me that it wasn’t even close, and I’ve lived through those fears. It doesn’t matter how many times I have failed, all that matters is that I continue to keep trying.

4 comments on “Life after Trying not to have one…”

Building a relationship with our higher self At my core is… 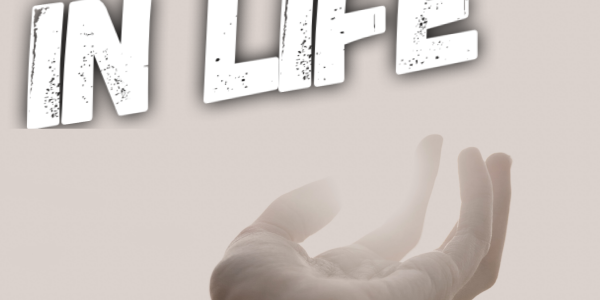 Being integral in life