To end 2017 my family and I decided to fulfil a dream we have had for around 4 years. We decided to book a Christmas cruise with P&O Cruises. Pacific Aria was the ship who would carry us on our first family cruise together. 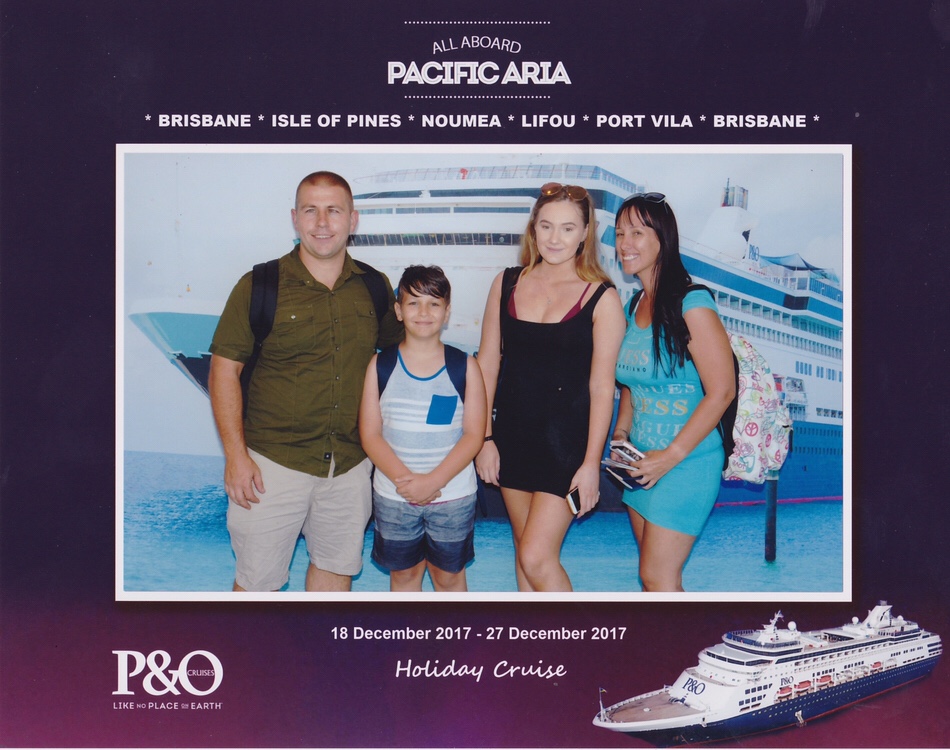 Seeing as the beach is my happy place and where I go anytime I need to get my head together it probably won’t surprise anyone that we boarded a cruise set for the South Pacific Islands. We travelled to Isle of Pines, Noumea, Lifou Island and Port Vila with 2 days at sea at the beginning and end.

What an amazing trip with so many wonderful memories made.

It was stressful leaving for the trip with my husbands nan being diagnosed with stage 4 lung cancer right before we left. We almost didn’t go but she made sure that idea was deleted straight away.

We had been given a few tips before leaving so on embarkation day when we were finally on the ship we made our way to book in for dinner for the trip at the Waterfront restaurant. However, we could only book for that evening by the time we made it to the front of the line and only for Angelo’s, which is the on board Italian restaurant. We also booked our snorkelling tour at Lifou Island as we had been told this books out early. The next day we booked the Waterfront for the rest of the cruise.

We weren’t quite sure we could manage with the 4 of us in this room but once we unpacked and placed our suitcases under our beds we actually found it was plenty spacious. We weren’t exactly planning on being in our rooms too often anyway. The kids managed to somehow play murder in the dark in there though. Kudos to them. 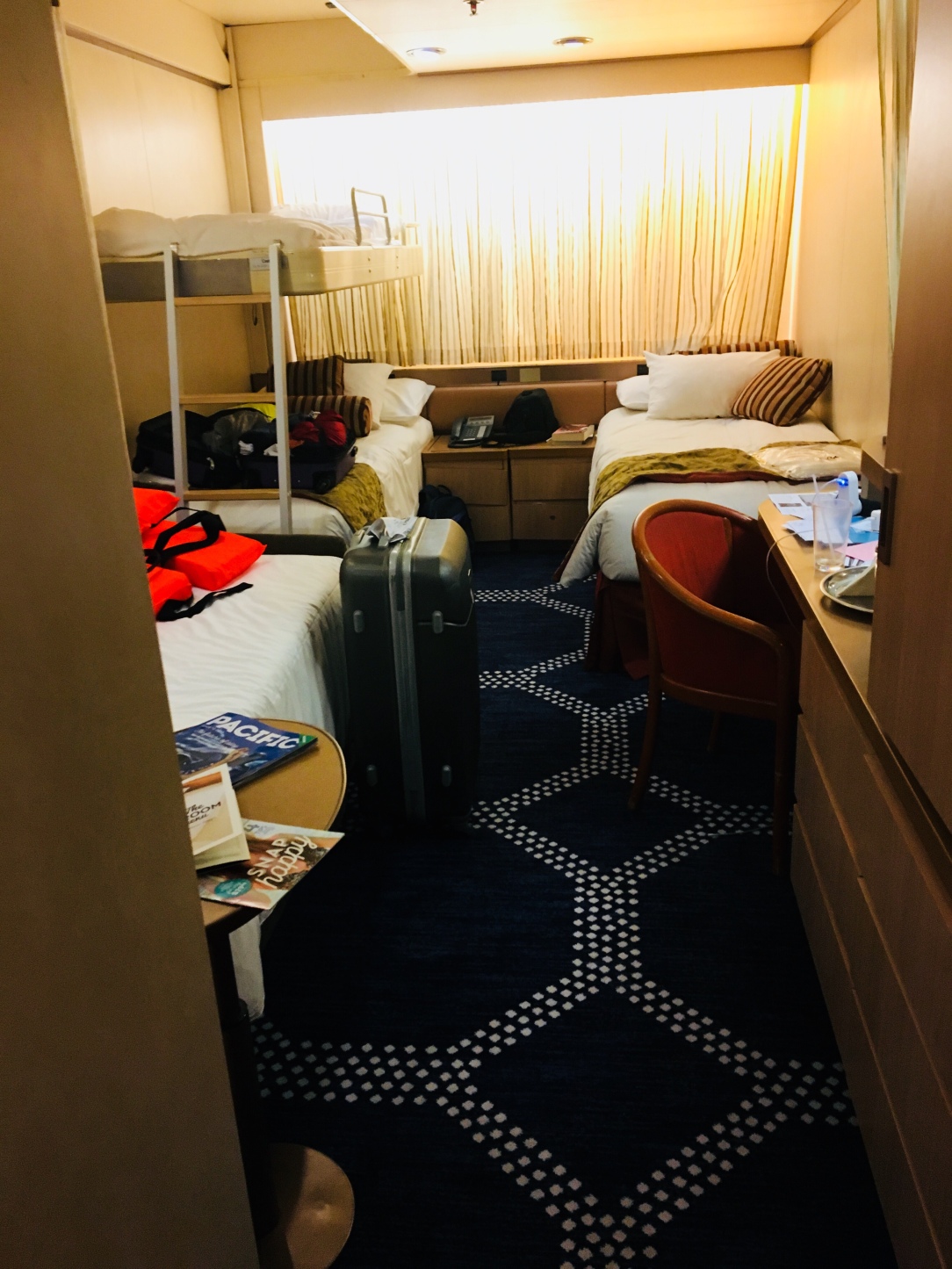 This was our situation in our room. I highly recommend taking power boards. Especially when traveling with a family. 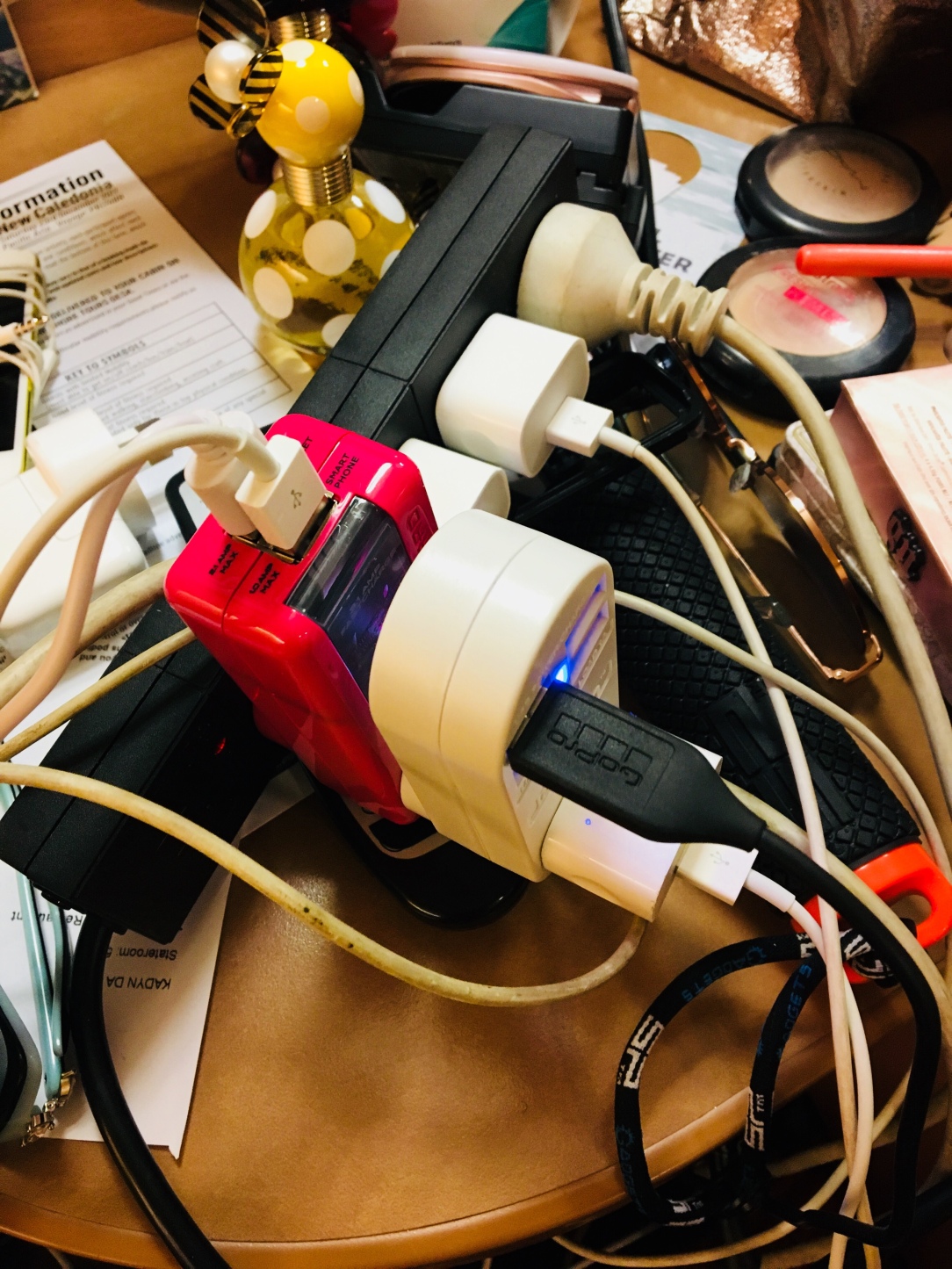 We then headed off to book the kids into kids club. What an adventure it was trying to find this small space located at the back of the ship on our first day, in the first couple of hours, when we had no clue where we were going. My health app on my phone said I climbed 24 floors that day to give you an idea of how much we went up and down those ship stairs! At the end of the cruise the floor count had gone down because we knew where we were going and what end of the ship we were!

It wasn’t long before we discovered that Walkie Talkies would have been very handy when travelling with a group on a cruise ship, we will definitely remember to take some next time.

I noticed there does seem to be a lot of families or older people onboard – definitely not so much a party cruise like some other cruises. We did manage to party of course, upstairs in The Dome nightclub, even if the DJ did play rock n roll oldies most of the time for the oldies on the cruise. I did enjoy watching those oldies jive bunny around the floor though. I hope I have as much energy when I’m that age.

Dinner at Angelos was good, service was great, but dinners at the Waterfront were even better! With a changing menu every day it made every lunch and dinner fun wondering what might be on offer. Out of all meals We are here there was only one I didn’t like and hat was because it had coriander in it. That is a herb that I feel should be listed on the menu. Gross. I highly recommend booking into the restaurants instead of eating at the buffet all the time. There was also another restaurant called Dragon Lady but we never tried it and anyone we spoke to who had stated it was not very good. You only need to book for dinner, lunch is walk-in but you need to have all attending with you before they will give you a table. We ate breakfast at Waterfront once but decided it was easier to go to the buffet for that meal daily.

Every night we made it to the Marquee for the shows and they were always so entertaining. My favourite show of them all was The Velvet Rope show that played on the Gatsby theme night on Christmas Day. My least favorite was a contemporary dance routine, that went straight over my head apparently.

Speaking of theme nights I love how everyone gets into character. You definitely don’t need to be worried you will be the only one in costume onboard one of these cruises. We had Gatsby, Bianco White party, Back to School party, sailaway party and a couple more cocktail evenings. Never fear if you forget some details or a costume, they have sales on board. 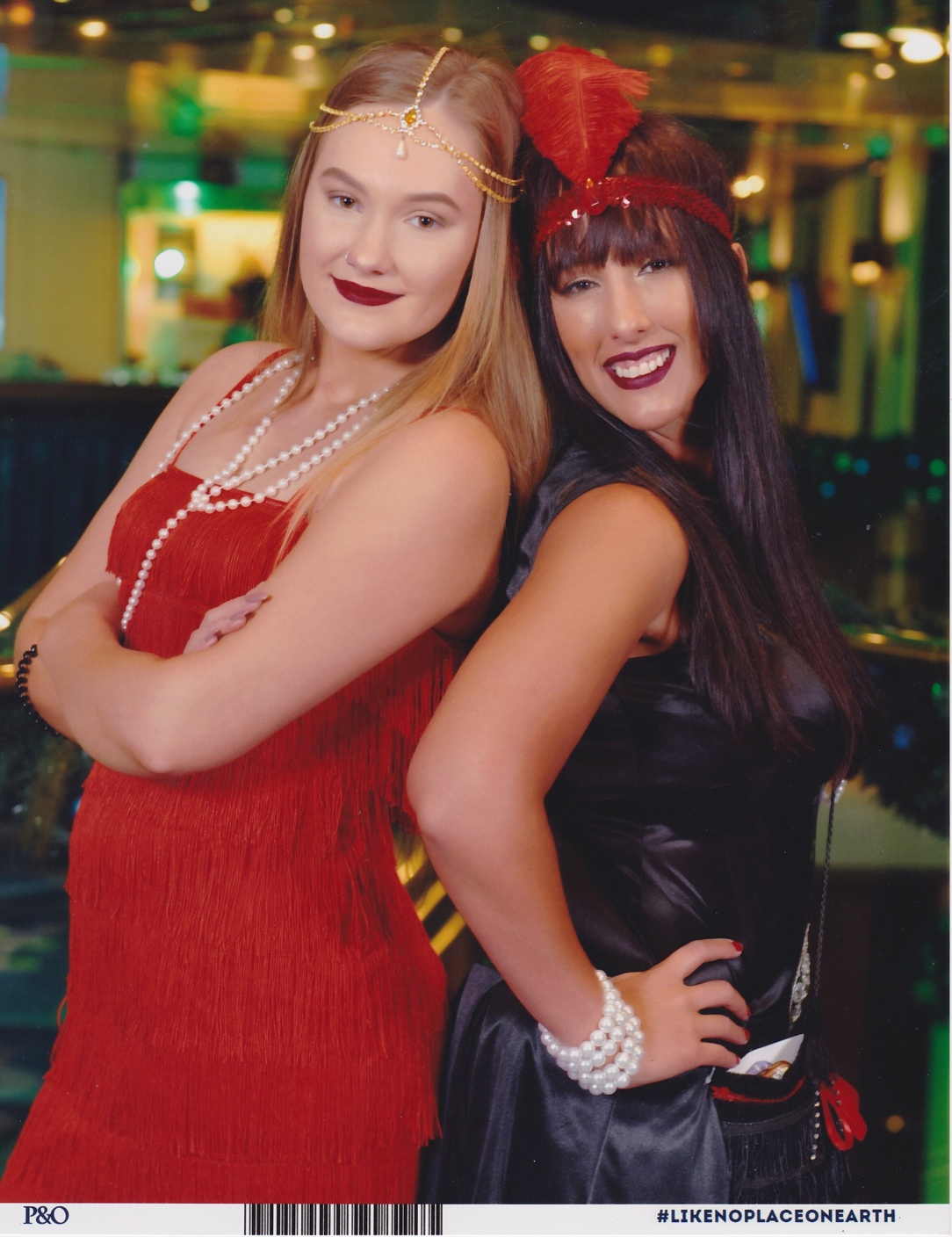 We signed the two 9 year olds up for the P&O Edge club and were so glad we did. They got to do things like abseiling, laser tag, Segway, high ropes course, rock climbing, walk the plank and flying fox, all while onboard. Definitely worth the cost because they made friends who they then spent the rest of the cruise with. 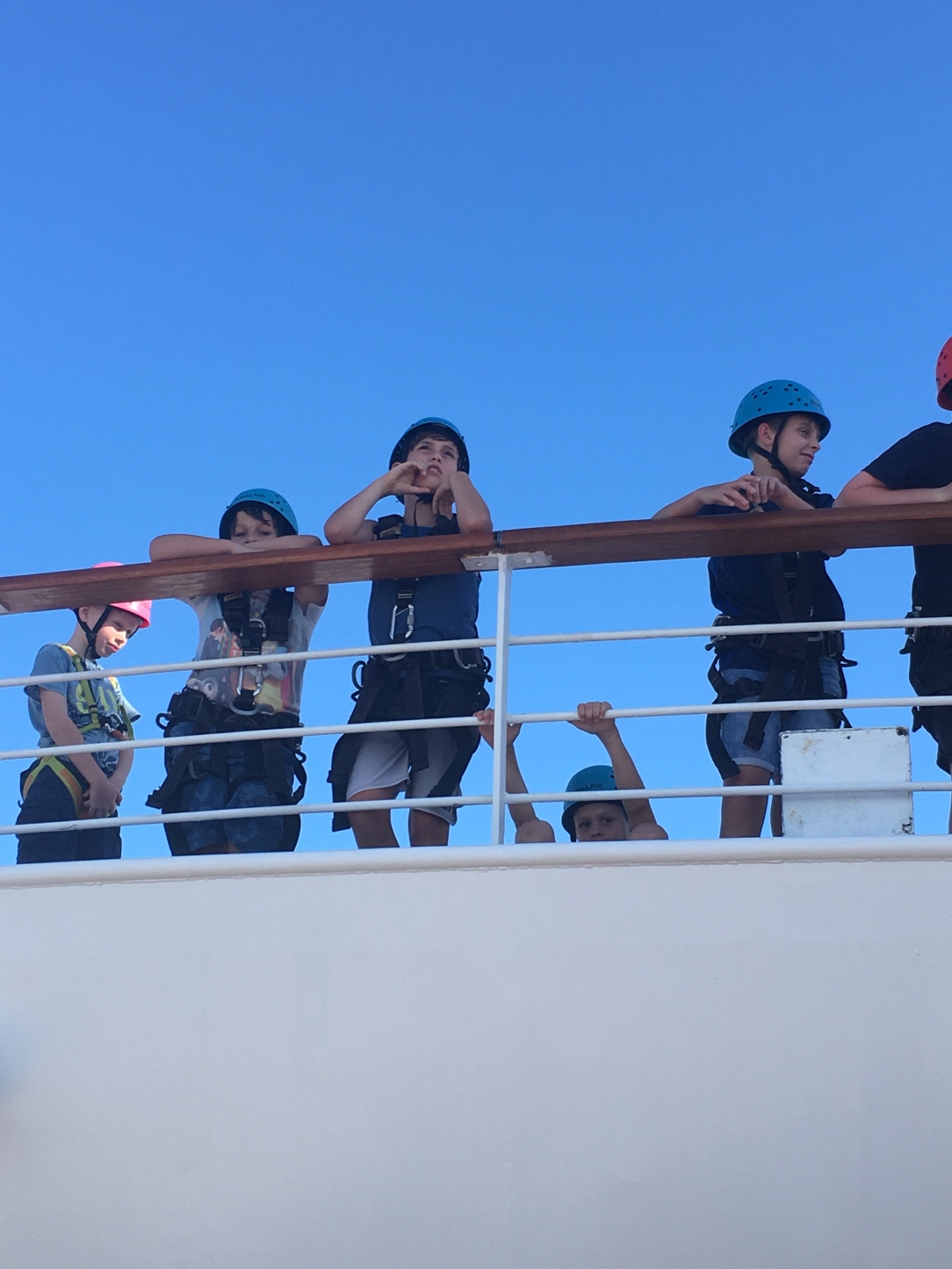 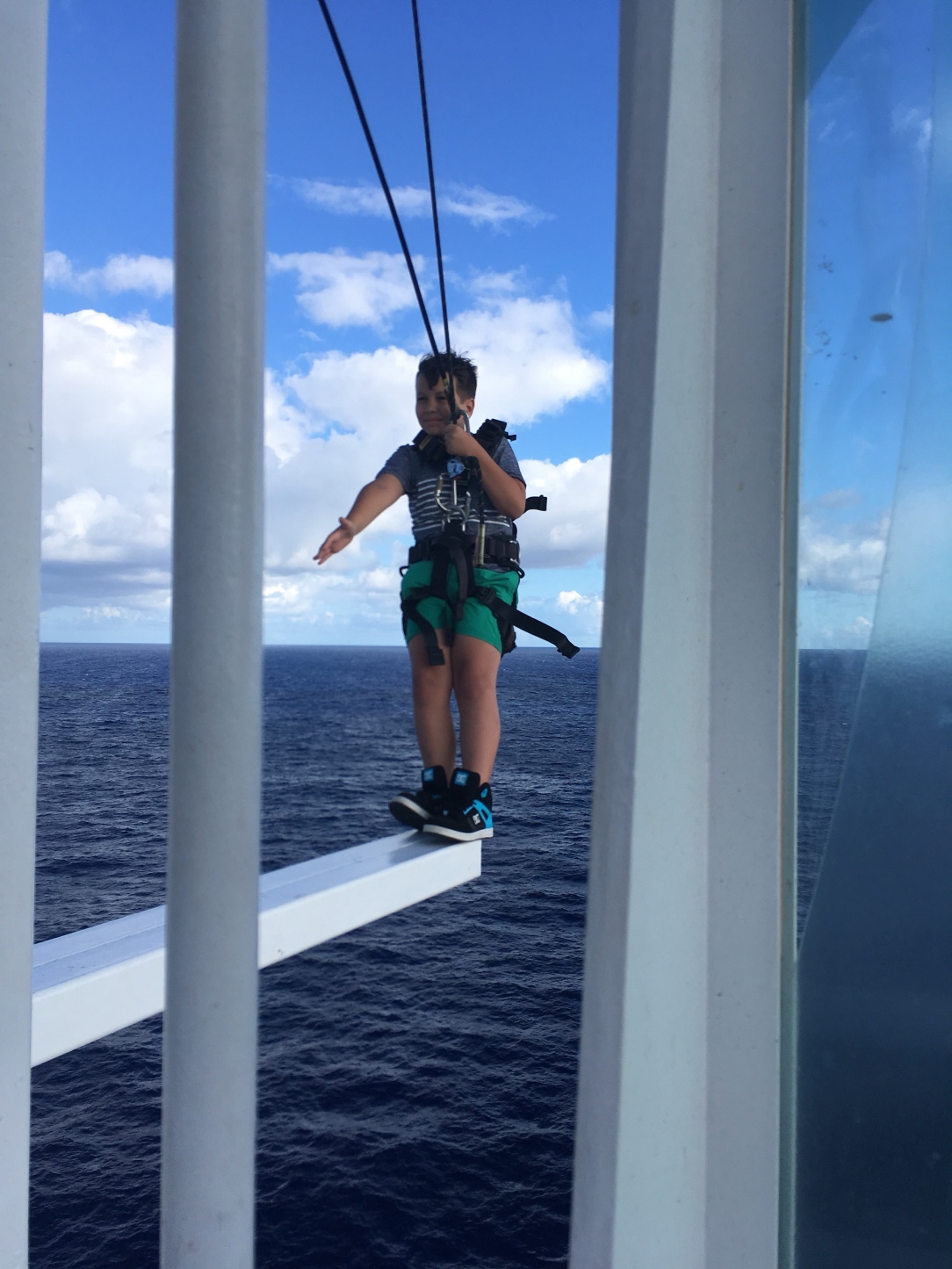 Most of the staff onboard were amazing. The youth security, well one of them, was amazing with the kids. Another one should probably not have a youth security job with her attitude. The security on board the ship ended up knowing the kids well and the kids loved them. The bar staff remembering names was a nice touch, they had such gorgeous smiles to go with their service, which considering they are away from their families so often, I take my hat off to them. Even if it is just an act.

On Christmas Day Santa arrived on the flying fox, that was a sight to see. The cute Christmas towel animals around the ship were a cute touch too. 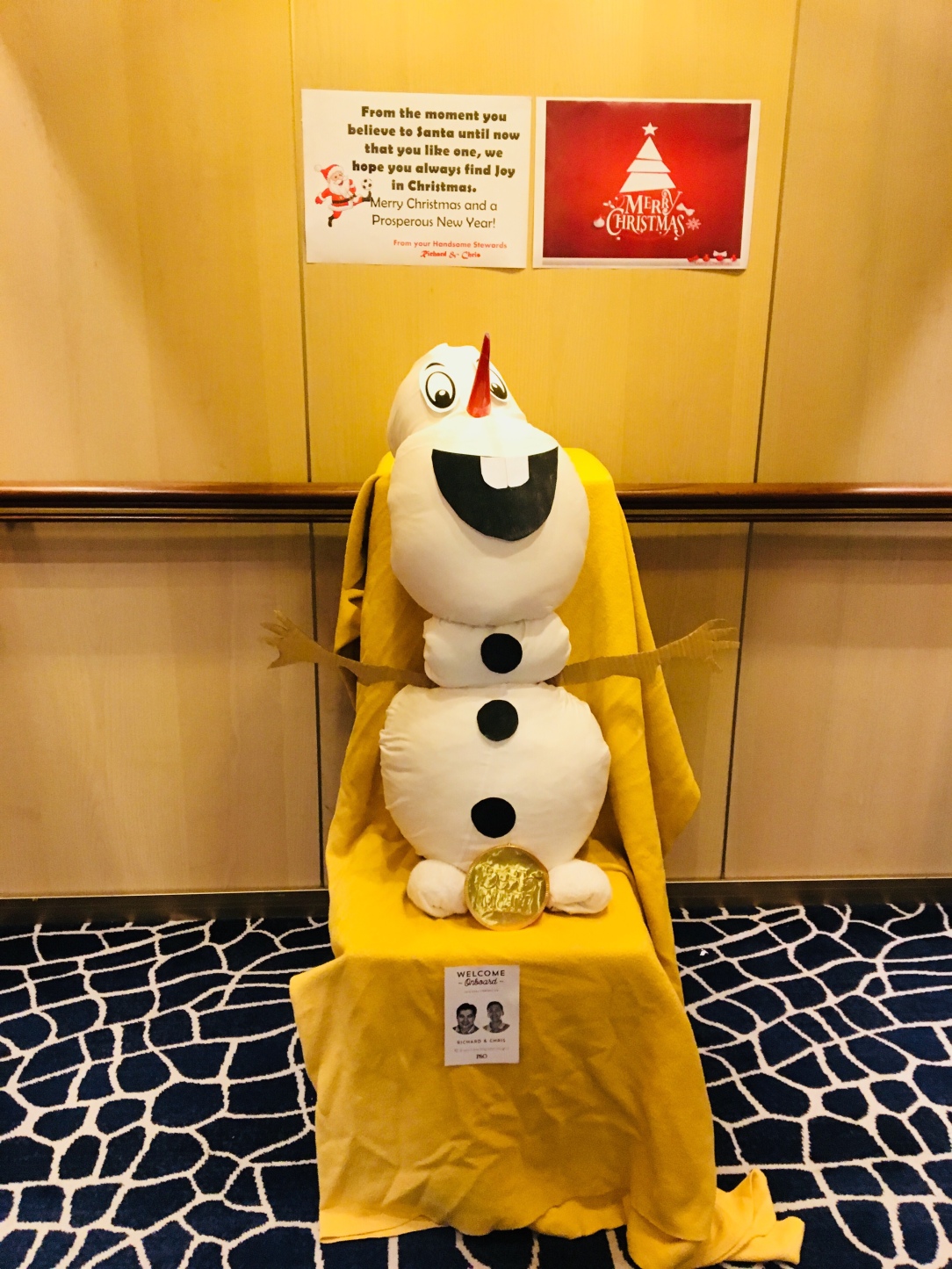 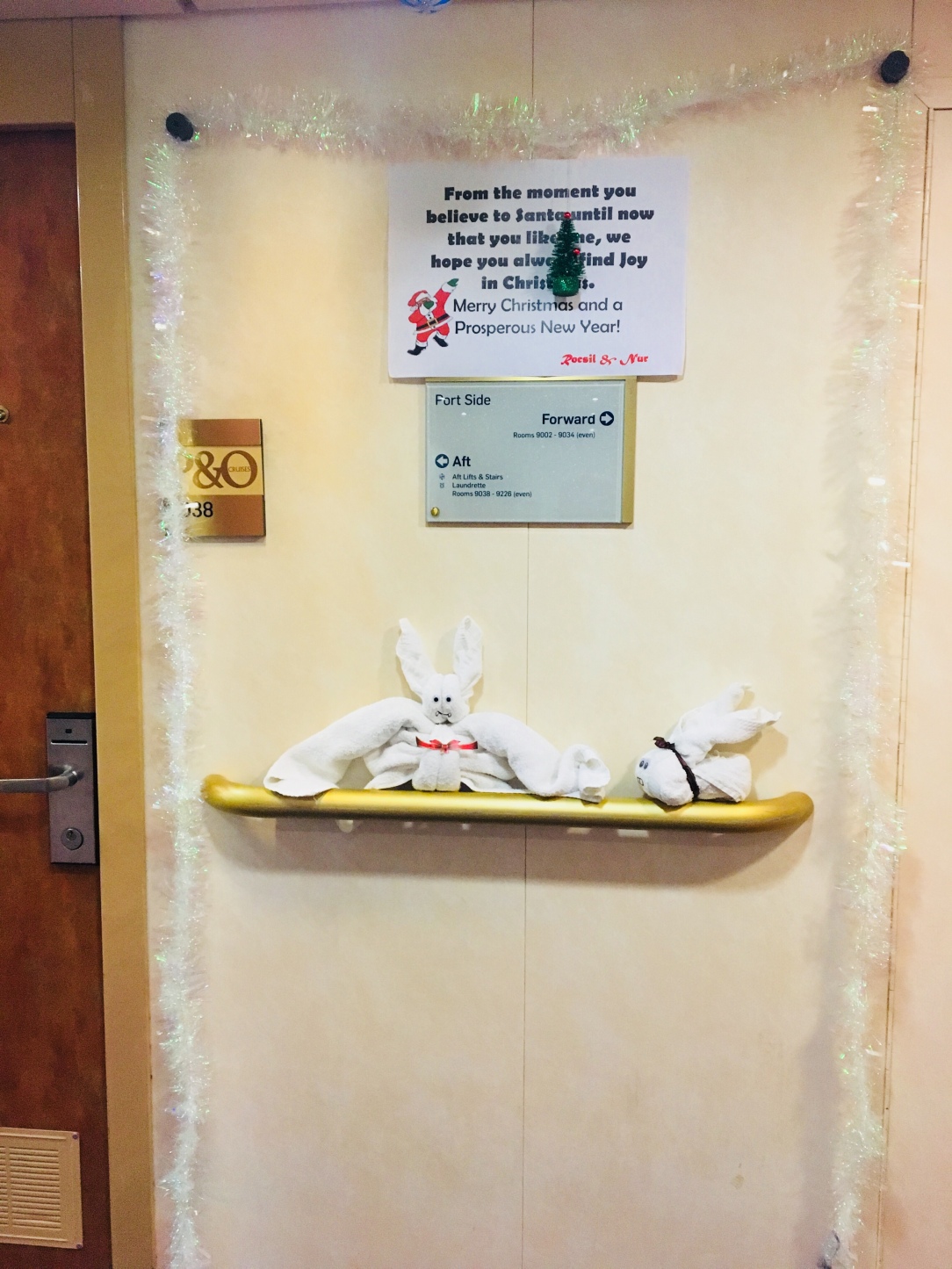 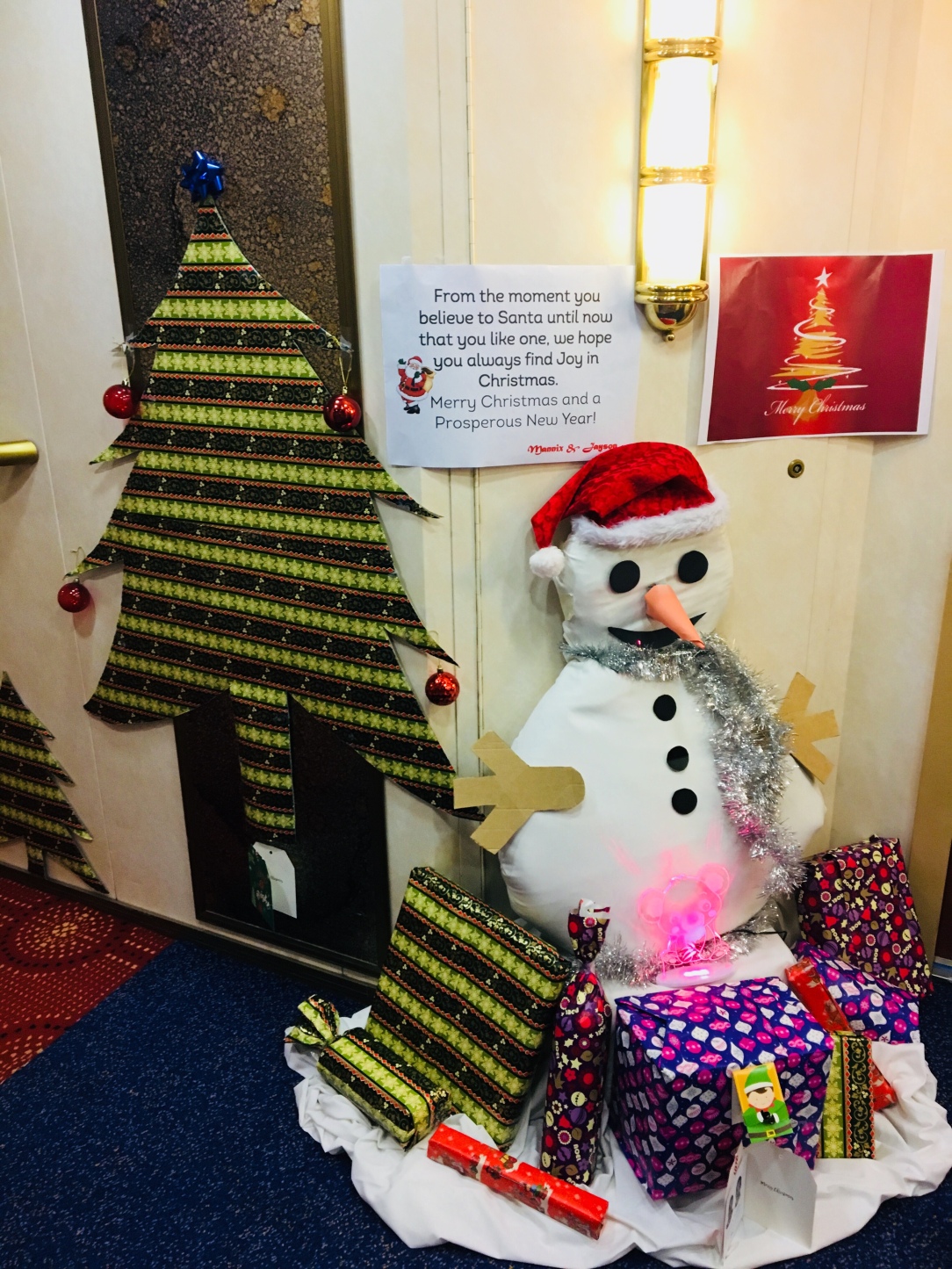 We made so many memories and experienced so many new wonders. Although by the end of it I was actually tired of the Christmas on repeat songs, I never thought I would say something like that.

I am excited for the next family holiday.

So if you have ever wanted to do a cruise but weren’t sure about it – do it. My husband is terrified of the water, and was freaked about being so far out in the ocean, but he loved the whole trip.

Stay tuned for my posts on each island we visited. 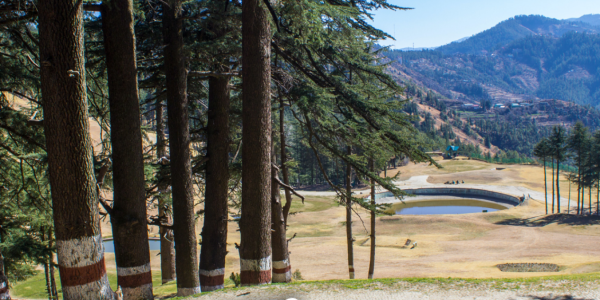