A world of Cultural appropriation.

By Strong Without Realising in Self Development, Uncategorized on July 22, 2022July 20, 2022
No comments

I have a few questions. And these questions may trigger people seeing as I have a wide array of different cultures and spirituality following me. And if it does cool, deal with that yourself don’t project it at me 🤣

1: Why is it normally only white people who refer to having past lives as another culture and therefore are able to practice their practices?

2: Why is Yoga advertised with slim white girls more than the people who originally taught yoga and in turn people who aren’t slim feel as though they can’t practice because of that? As if they need a certain body type and fitness level to practice yoga?

3: Why do I never meet someone who says I had a past life as an aboriginal in Australia/or the many other cultures there are. Which leads me to my next question…

Fun tidbit: one of my lives in Atlantis was as a shopkeeper selling herbs, incense, oils, tinctures and art but didn’t make a lot of money and my healing powers were kept a secret which only some in my lineage knew.

Anyway, I ask because I don’t recall meeting an aboriginal who has said I had a past life as a Native American. Or in fact really anyone who has been born into some form of indigenous culture this lifetime we are in right now, and using that as a reason to practice other cultures rites and ceremonies.

I am not discounting past lives whatsoever. I know a few of the lives I have had as I mentioned one earlier, however I don’t choose to call on them in this lifetime. But I can also see where what has happened in a past life is playing out in this life.

Also, I’m not discounting that there are people who have been selected for training by some indigenous cultures as well, who are or from appearance are white.

Also, I know people say they have been selected but I also wonder how often that statement is true too. Or have they just ‘selected’ themselves? Shaman used to be a title bestowed upon great medicine people who had special skills. Not someone who has been to Peru and sat ayahuasca a few times and decided to now serve it themselves, and therefore they now call themselves a shaman.

Or is it just another sign of the Love and light ideology and how toxic it is? This ideology came from people trying to cover up things that they were doing. Trying to take away the human emotion of anger and have us devoid of those feelings.

I have many items for my altar and some instruments for my services. Some are not from my culture specifically. For example – I have a Native American flute but I also know Māori had their own version of flute. So am I appropriating by not using the one my own culture uses?

I barely feel ok to do some things within my own culture because I spent so many years pushing it aside so this line of questioning comes from the place of – if I want to respect my own culture in the way I do things how is it that people do things with little regards for others and their cultures?

Many (note I didn’t say all) from my Māori culture love to share our culture and it does not matter where you come from or who you are, if you want to learn you can.

But I see many cultures who do not feel this same way. And I understand it because they were murdered, raped, stolen and punished because of their practices yet it makes it ok if a white person partakes?

What would happen in the world if every person looked into their own DNA and went down the path of their own cultures and started embracing that instead of picking and choosing from whatever culture seems to be in fashion at the moment?

I ask that question because the minute I started on my own cultural journey I felt my DNA become on fire. It was a deep remembrance. Deeper than any other training I have ever completed.

What if this is possible for every person who takes the journey of their own genetic lineage right now?

Is what is happening around the world a sign that if all different spiritualities and cultures united then true change could happen, instead of arguing over who has the rights to what?

Is this just a gigantic example of the human need for love and connection and needing to belong and another way of dealing with the fear of abandonment that we are all born with?

So many questions. I don’t know if anyone can answer them for me.

I will continue to ponder.

If you have some answers or just feel like chiming in with a thought please feel free to share in the comments as I would love to hear some different ideas and perspectives. 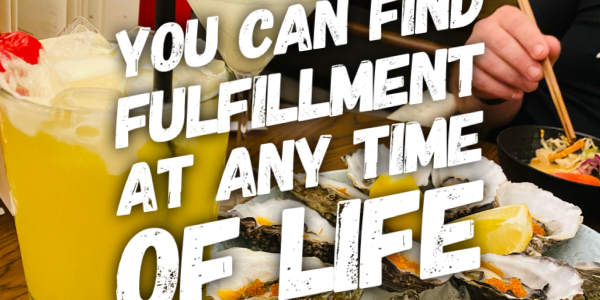 You can find fulfillment at any time of life 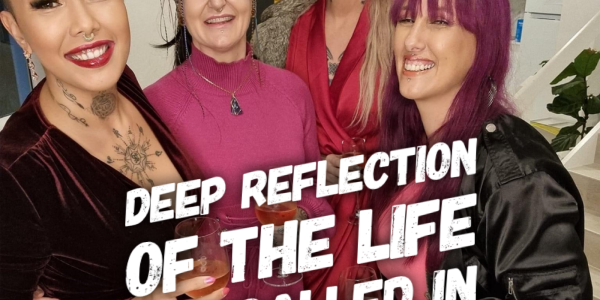 Deep reflection of the life I’ve called in 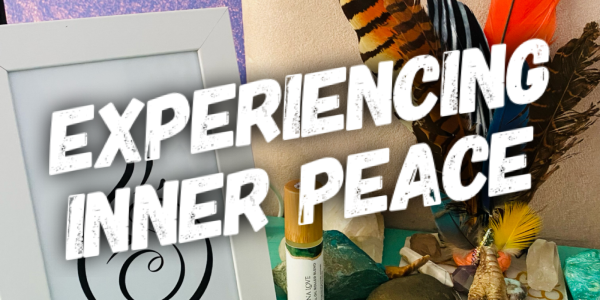